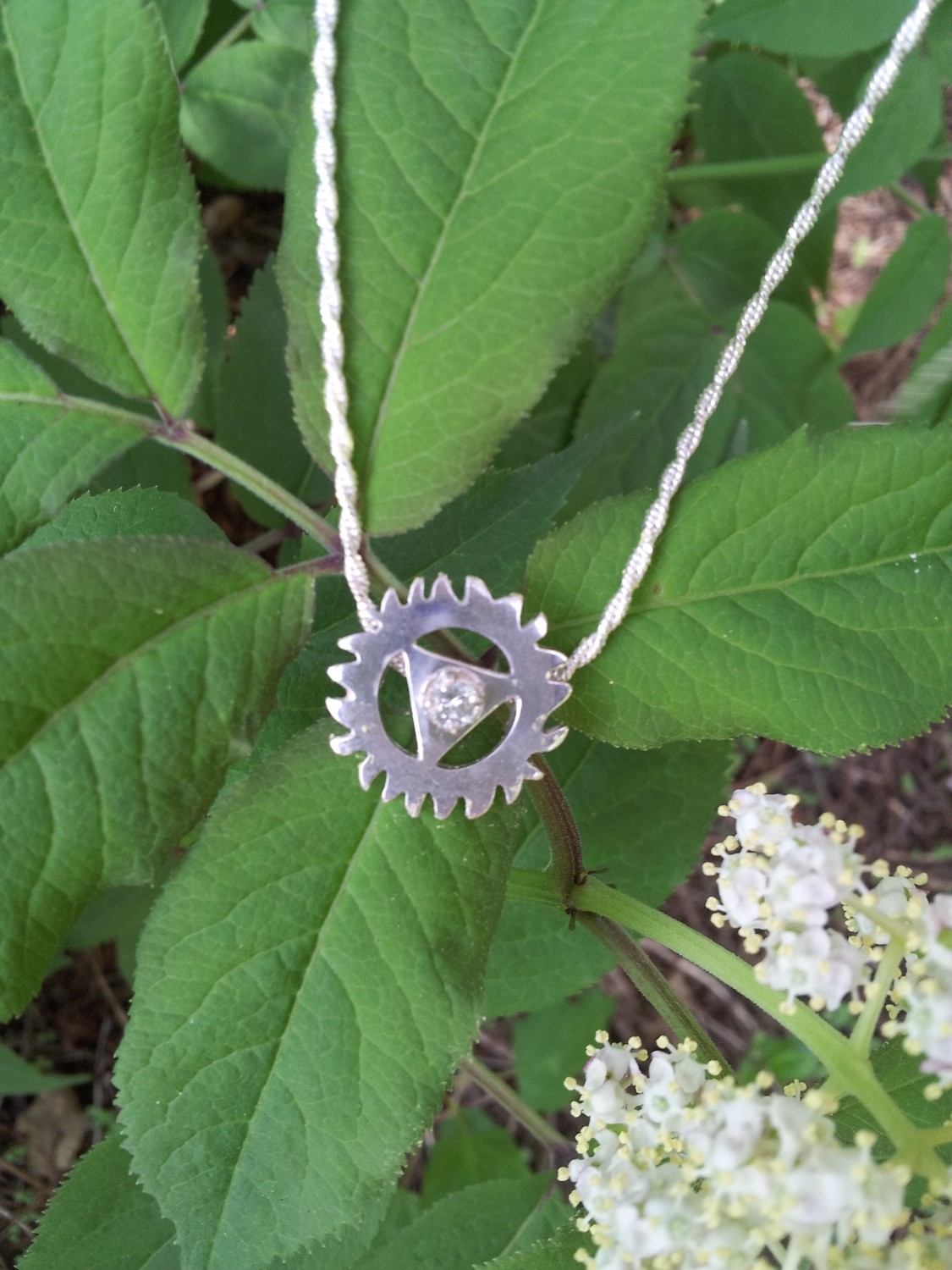 Beautiful, hand-made sun spire pendant - inspired by our customer who wanted the necklace she saw on The Suze Orman Show. Approximately the size of a US dime (1cm) and with a weight of 3.11 grams (or same as 2 penny weights). This hand-made piece, by designer and artist James Hunt, features the craft of lost-wax casting. Made to order, James beautifully crafts each pendant from hand, including hand stiring as the alchemist, creating the exact metal. This beautiful sun spire pendant, exclusively made for Winkit, is available to be customized with the metal and stone of your choosing - create what you wish! Available in 14K Yellow Gold, 14K White Gold, or Sterling Silver. Choose your stone and voila - your Winkit wish comes true 😉 ***Please allow 2-3 weeks for delivery as each pendant is hand-made***

See other exclusive designs, made for Winkit customers, inspired by items from movies and television below in the "You May Also Like" section.

Lost Wax Casting (also called by its French name, Cire Perdue): The process by which a metal (such as silver, gold, brass, or bronze) sculpture is cast from an artist's sculpture. Intricate works can be achieved by this method, primarily depending on the carver's skills. In industrial uses, the modern process is called investment casting. An ancient practice, the process today varies from foundry to foundry, but the steps which are usually used in casting small bronze scuptures in a modern bronze foundry are generally quite standarized. The oldest archaeological and literary evidence of lost-wax casting can be found in India, dating back nearly 5,000 years to the Harappan period.

Other names for the process include "lost mould", which recognizes that other materials besides wax can be used including tallow, resin, tar, and textile: and "waste-wax process" or "waste-mould casting", because the mould is destroyed to unveil the cast item. Other methods of casting include open casting, bivalve mould, and piece mould. Lost-wax casting was widespread in Europe until the 18th century, when a piece-mould process came to predominate.

Save this product for later
Display prices in: USD